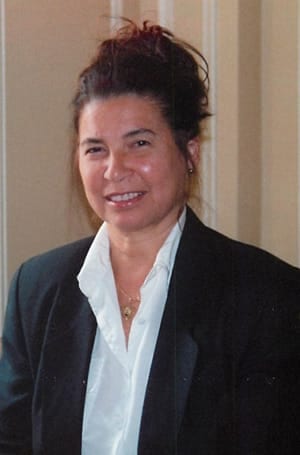 Mary Miglio Bensabat-Ott taught at Johns Hopkins University from 1991 to 2014, serving as the director of the Portuguese Language Program. She taught Portuguese Elements, Intermediate and Advanced Portuguese, and Brazilian Culture and Civilization. From 1993 to 1994, she was assistant director of the Program in Latin American Studies (PLAS). She served on the PLAS board, and was a member of the Fulbright Scholarship selection panel at Hopkins for several years.

She has led two groups of Hopkins undergraduates on a two-week intersession trip to Brazil, the first in January 1998 and the second in January 2004.

Before coming to Hopkins, Dr. Bensabat-Ott taught Portuguese language as well as courses in Luso-Brazilian theater and culture for 12 years at the Georgetown University School of Languages and Linguistics and the School for Summer and Continuing Education. She has also taught at the University of Maryland at College Park.

Before moving to the United States, she taught English at a number of schools in Rio de Janeiro, Brazil, including the historic Colégio Pedro II, founded by the last emperor of Brazil in the 19th century. She also lived in the Middle East for six years, and has traveled extensively on six continents.

Dr. Bensabat-Ott was a consultant to the John Hopkins Center for Communication Programs, the Johns Hopkins Carey Business School, the Institute for Policy Studies in Washington, D.C., and Project Hope, among others.

In 2013, Dr. Bensabat-Ott received the Excellence in Teaching Award from the Zanvyl Krieger School of Arts and Sciences, and in 2009 was named an “Eminent Alumnus” by her alma mater, Colégio Pedro II, in Rio de Janeiro, Brazil.

Dr. Mary Bensabat-Ott retired in June 2014. Now she will enjoy spending more time with her family and her gorgeous granddaughter. She is a great scholar and a wonderful friend. She will be  missed!

Her manuscript "Orality and Literacy in Brazilian and American Storytelling: a Comparative Study" was incorporated in "Introducing Constructed Dialogue in Greek and American Conversational and Literary Narrative" by Deborah Tannen in Reported Speech Across Languages, edited by Florian Coulmas.